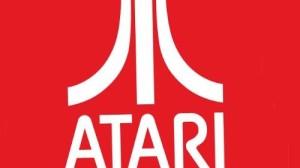 If you’re of a certain age, you remember playing a number of games on your beloved Atari game system. The predecessor to so many modern video game systems, Atari is an American icon. So when the Atari Corporation filed for bankruptcy, the news was met with chagrin from adults who see memories of the games were largely positive.

While the nostalgic element of the bankruptcy announcement may sadden some, the company asserts that the move is required to grow as a company and focus more on increasingly popular digital games and licensing. For example: Pac-Man remains popular even among young gamers, and licensing that game to other gaming companies will help Atari remain solvent. Two of the most popular ways to file bankruptcy are by using Chapter 7 and Chapter 11.

Chapter 7 is the most typical form of bankruptcy. This filing is very popular with consumers because it allows the filer to liquidate all of their non-exempt assets. They can sell them off, which then distributes the proceeds among creditors, to essentially start fresh. This is a “no assets” approach, so it doesn’t allow the debtor to retain her assets. In general, it means that the creditors are not paid in full. Legislative moves have been advanced to make Chapter 7 filings more difficult; because being unable to pay the creditor means other debtors will pay higher interest rates.

Chapter 11 is the more popular approach for corporations who want to continue to do business. This is the chapter that Atari has filed. Essentially, it allows the company to retain all or most of its assets while repaying its creditors with future earnings. This form of bankruptcy filing acts as a reorganization rather than a liquidation. Chapter 11 bankruptcy allows the company to continue operating as a debtor in possession. Once the creditors are paid completely, the operation of the company may continue as normal.

The CEO of Atari has stated that the Chapter 11 filing was the best decision to protect its shareholders. In addition, the filing will allow Atari to separate from its parent company, which operates in France and has filed similar bankruptcy proceedings under European law.

On initial examination, the end of Atari may seem as sad as the divorce of Pac-Man and Mrs. Pac-Man. However, the company has gained much more popularity with digital games rather than console games, and may continue to produce games while it undergoes the bankruptcy process. Atari consoles are generally not in use anymore, so what initially seems like a destroyed memory is actually closer to a second chance for the troubled company.

With proper counsel and careful bookkeeping records, an individual or company can emerge from bankruptcy in much better shape. Many of them go on to experience financial success once they learn what mistakes they made the first time and how to avoid making similar mistakes. An experienced and savvy bankruptcy attorney can mean the difference between financial solvency and financial ruin.