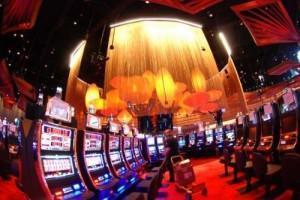 In hopes of regenerating gambling in Atlantic City, Morgan Stanley began construction of the Revel casino on the northern end of the boardwalk. Before completion of the project, Stanley sold the facility to a group of investors in February 2012 at a loss of $932 million. The investors acquired a $261 million tax package from the state of New Jersey and additionally obtained $1.15 billion to finance the casino’s completion. The entire venture cost about $2.4 billion.

The facility opened in 2012. Shaped in a wave, the Vegas styled complex features a hotel with 1,800 rooms, 14 restaurants, nightclubs and theaters. The casino portion of the venue houses over 2,400 slot machines and around 100 game tables. While gambling remained popular in Atlantic City for many years, the gambling industry has developed and flourished in Pennsylvania. The state now enjoys being the second most popular gambling destination in the United States next to Las Vegas.

Despite the glitz and glamour of the new facility, the casino did not attract the amount of business that investors had anticipated. On March 25, the investors filed Chapter 11 bankruptcy. The restructuring plan turns control of the facility over to lenders and eliminates over $1 billion of the debt. The group of lenders includes Canyon Capital Advisors and Chatham Asset Management.

Once the bankruptcy finalizes sometime this summer, the lenders will become the new owners. Revel CEO DeSanctis relinquished his position at the beginning of the month. With over two decades of gaming industry experience, Jeffrey Hartmann now helms the project. The casino/hotel remains open during the reorganization process.

Individuals, small businesses and corporations having debt in excess of $1 million may opt for Chapter 11 bankruptcy proceedings.    Also known as bankruptcy protection, owners choose this type of reorganization process if the sum obtained by selling assets does not exceed the value of the business. The process then entails restructuring the operation in attempts at increasing cash flow. During a Chapter 11 bankruptcy, the business continues making a profit as usual and employees retain their positions. A goal of the process involves eliminating a portion of acquired debt.

After a business files a for Chapter 11 bankruptcy, the court initiates an automatic stay which prevents creditors from attempting foreclosure, garnishing wages, harassing debtors or repossessing properties. The process continues if the court deems that the company or individual qualifies. If not, proceedings may convert into a Chapter 7 bankruptcy.

The debtor must devise a reorganization plan and submit the proposal to the court. The plan explains how the business plans to pay the debt with existing and future profits. The proposal also requests that the court approve elimination or modification of unsecured debts. These debts do not have collateral backing and creditors may vote on the proposed plan. During a court hearing, the judge considers the plan as well as lenders’ votes. If the judge approves the reorganization plan, creditors must forgive a determined amount of the unsecured debt. 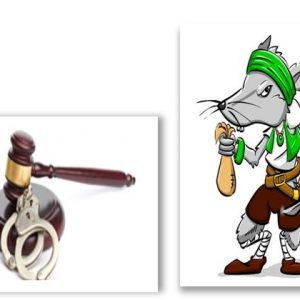