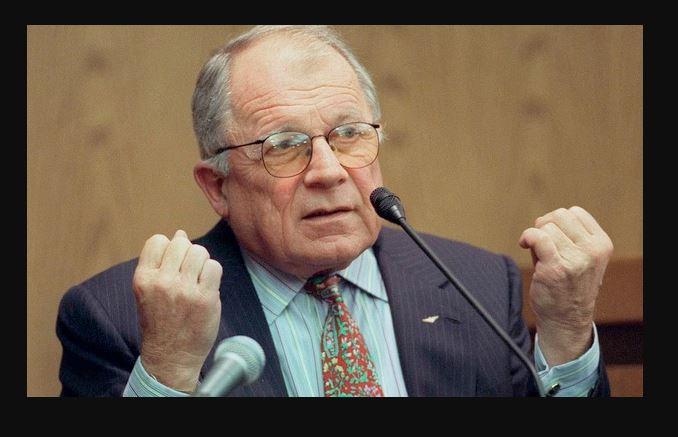 When we hear the name F. Lee Bailey, we think of wealth and fame.   However, all that wealth and fame and yet we see his reported bankruptcy filings (both Chapter 7 and Chapter 13 Bankruptcies).

His Chapter 7 Bankruptcy (Case #16-20375) was filed on June 24th, 2016 in Portland Maine. Interesting items included in his bankruptcy petition.

However, he kept his pension (unknown amount).   In Chapter 7 Bankruptcy, he could keep his several pension accounts.

It is interesting that he had no credit card debts.

He was able to keep his royalty income of $3,300 per month from Thompson West.   This was due to his authorship of several publications.   This bankruptcy was successful and was discharged in October 5, 2016.

There was no need for bankruptcy protection of his assets since he had little if any assets at that time.

On June 26, 2017, Bailey filed a Chapter 13 Bankruptcy in Maine.   This was an extremely complicated case.  Unfortunately, Mr. Bailey died before he completed this case.

He was famous for taking on clients that were the demons of society,” according to the Washington Post.    I guess the demons got him in the end.

He tried to get his law license in 2014 in Maine.   Maine’s Supreme Judicial Court turned down Bailey’s request.   His IRS debt precluded him from regaining his law license.

Lee attended Harvard University for two years, became a jet fighter pilot, briefly returned to Harvard and then was admitted to Boston University’s law school. He didn’t complete his undergraduate education before his law school admission.  He managed to graduate at the top of his law school class in 1960.

Before his death, Bailey ran a consulting business and lived with the operator of a hair salon. He was married four times.

Filing bankruptcy is not uncommon to the rich and famous.   We see that even a prominent lawyer needed to file for Chapter 7 and then Chapter 13 bankruptcy protection.

If you are having financial difficulties, remember you are not alone.