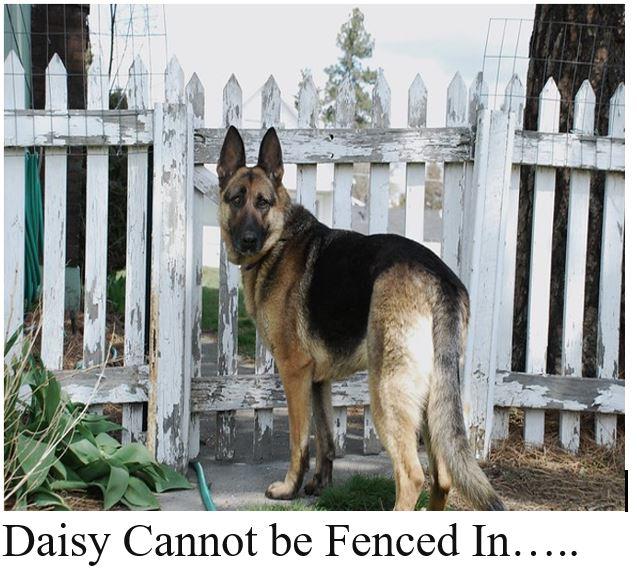 Two German Shepherd dogs (Daisy and Oden) lived with their owner in a mobile home park.   No matter what the owner tried, the dogs found a way to escape.

City animal welfare issued a Notice of Dangerous Dog.  Their Notice indicated:  Determination/Irresponsible owner for both dogs.  An Order was entered wherein the dog owners did not appear in Court Also, City law required an owner of a dangerous dog to have a $500,000 insurance policy for possible injury, which the owner did not obtain.

Daisy again escaped and ran into a neighbor’s property and bit the neighbor causing her to fall and hurt her leg.

The injured party sued the dog owners and was awarded a $25K default judgment.

After the owner filed for Chapter 7 Bankruptcy, the injured party  filed an adversary proceeding against the Dog Owner.   The injured party wanted to stop the debt being dischargeable in the Dog owner’s bankruptcy.

Dog owner’s acts were negligent and indifferent to the fact that Daisy and Oden might be able to escape again.  However, there was no prior knowledge of Daisy and Oden biting anyone in the past. Dog owners violated the strict City law for insurance but that is negligence only.

The Debt was dischargeable since nothing done by the Dog owners rose to the level of malicious and willful. Section 523(a)(6)  of the bankruptcy code is a strict standard.

A Board-Certified Attorney https://www.abcworld.org/about-abc would know this before filing the adversary proceeding for the injured party .   Now the injured party sustained physical damages and monetary damages to pay for her attorney.

Another link to injury dischargeability for your reading.  https://njbankruptcylawfirms.com/neck-wound-not-willful-and-malicious/