Hostess Bankruptcy: What Happened To Them?

Bankruptcy is rarely an abrupt reality, and Hostess is no exception. The first signs of trouble were brewing in 2004 when Hostess, then called Interstate Bakeries, filed forChapter 11 bankruptcy the first time. A few factors played into the initial financial troubles. One might have been the introduction of new enzymes designed to extend shelf life into many of their products. The new enzymes altered the texture and flavor of the products from their tried-and-true taste. Unpredictable market factors such as low-carbohydrate fad diets and a boost in the popularity of competitors also came into play.

Interstate Bakeries was in bankruptcy from 2004 to 2009. When they emerged, they changed the company moniker to Hostess. Unfortunately, Hostess did not emerge debt-free, and these debts lay the seeds for the turmoil Hostess faces now. Rumors were circulating as early as late 2011 that Hostess was again in trouble, and by January 2012, Hostess had filed for Chapter 11 bankruptcy once again.

Hostess, the unions and financial experts are still bickering of the causes, but several factors are clear. First is that Hostess agreed to a substantial legacy pension to its employees that became unrealistic when facing dwindling sales. Second, immediately before Hostess filed its second bankruptcy claim, it increased the salaries of its top executives by up to 80% despite declining sales. While neither of these factors are enough on their own, they are representations of the two most commonly cited nails in Hostess’s coffin, the union and mishandling by management.

A little over a third of Hostess’s employees were members of the Bakery, Confectionery, Tobacco Workers and Grain Millers’ International Union. The union had major sway over Hostess’s employment benefit policies. When Hostess was facing dire financial straits, they attempted to renegotiate contracts with the unions. While the union relented to cuts in pay and other benefits, they refused to budge on the legacy pensions, a major source of Hostess’s debt.

Meanwhile, Hostess frantically tried to back pedal from the poor financial decisions that landed them in trouble. After the previous CEO retired, the new CEO dropped the salaries of four key executives as well as himself to $1, and other junior executives lost raises they had been given. Unfortunately, the damage had already been done. Talk of liquidating was circulating by the summer of 2012.

In November 2012, the union went on strike. For Hostess, it was the last straw. Unable to pay their mounting debts and facing an uncooperative union, Hostess shut down their plants and announced their intentions to liquidate the company. The liquidation is pending in bankruptcy court, but all union talks to date have failed. Hostess’s end is imminent. If there is a silver lining to be had, it is that Twinkie fans need not despair. With their popularity and iconic status, the name and recipe for Twinkies will likely be sold to another company for manufacturing and survive to be eaten another day. 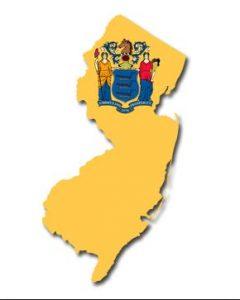 Beekeepers Make Changes & So Can You to Bounce Back