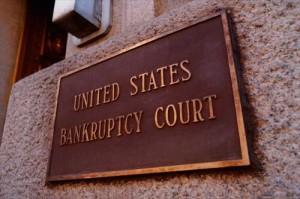 For the last few years, the news regarding the state of the economy in the United States has not been good. The federal government has not managed to have a balanced budget since 2001. Unemployment remains high and Washington politicians continue to argue about all financial matters. Individual states also have many problems. Forty-nine of the fifty states, Vermont being the exception, have legal requirements to keep balanced budgets. Many are finding this difficult if not impossible.

There are sources that argue that as many as 32 states are now financially insolvent. These sources use statistics regarding the amount of funds borrowed by each state from the federal government. Those that are said to have borrowed more than $1 billion include:

However, the argument that these states are bankrupt is simply not true. Many states have difficulty balancing their budgets through spending cuts and taxation. Often, the term ‘bankrupt’ is erroneously used to refer to any person or entity that is unable to resolve spending issues.

States are not protected under any form of bankruptcy, thus they cannot officially file for this type of protection. However, states do not necessarily need protection under the bankruptcy code due to the 11th amendment, which grants states sovereign immunity. This means that states themselves cannot be sued by their creditors.

Though the states themselves have no need to file for bankruptcy, there are states that show higher numbers of bankruptcy filings among their citizens than others. The following states are ranked in order of the highest number of bankruptcies per capita in the past.

Bankruptcy is a legal filing that is excellent for private individuals and companies that need to remove or reduce debt. Bankruptcy can help individuals work out a repayment plan for debts owed or eliminate the debt altogether. Though government agencies cannot take advantage of bankruptcy filings, anyone who is suffering through debt collection should.