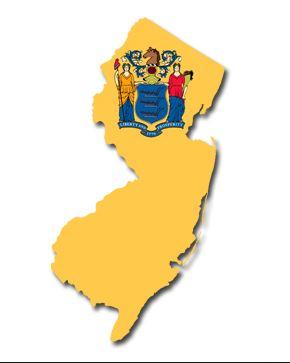 While foreclosure rates fall in other parts of country, New Jersey on track for another 50,000 filings this year.

Homeowners have it worse in New Jersey cities than almost anywhere in the nation, according to a new study of “underwater” mortgages, those with debt loads higher than the properties actually are worth.

More than 50 percent of Newark and Elizabeth mortgages are underwater, trailing only Hartford, CT, among cities with more than 100,000 residents. Paterson is fourth at 49 percent, just ahead of Detroit. Jersey City ranks 32nd.

While foreclosure rates are dropping sharply in some parts of the country, New Jersey continues to do just the opposite, on pace for more than 50,000 new filings this year. Authors of the study pointed out that homeowners with “negative equity” are two to three times more likely to default on their loans.

Like the New Jersey cities, most others on the worst-off lists have more than 40 percent minority populations. Meanwhile, New Jersey remains an expensive place to buy a home, but the state ranks 48th in the nation in the post-recession recovery of residential property values.

While the business media have focused on the national average, “that’s a very misleading and in some ways destructive way of looking at the situation,” said Peter Dreier, one of the authors and chair of Occidental’s urban and environmental housing department. “That housing recovery is bypassing many cities and neighborhoods.”

In many areas, “people are drowning in debt and they are not getting better,” Dreier said, since lenders largely have refused to write-down mortgage principal to reflect actual property values. Foreclosures have put large numbers of vacant homes in the hands of banks or investment groups who are in no hurry to resell or maintain them.

“That takes money away from local families and the local economy and costs the cities tax revenue,” Dreier said. “At the same time, it hurts their budgets by increasing costs for crime prevention and public health and safety.”

“The foreclosure crisis has crippled many of Elizabeth’s hard-working families,” said city Mayor Chris Bollwage. “For the last six years the stock of bank-owned properties has soared. Now we’re left to deal with the consequences and the costs.”

When the data is broken down by ZIP Code for neighborhoods with at least 5,000 residents, other New Jersey communities join the struggling cities. Trenton puts two neighborhoods in the bottom 52, while Roselle, Pleasantville, East Orange, Irvington, Plainfield, Browns Mills and Perth Amboy all have underwater rates well above 40 percent of mortgages.

Call me so that I can review your individual circumstances and advise you to file for bankruptcy, obtain a loan modification or offer advice on your options.