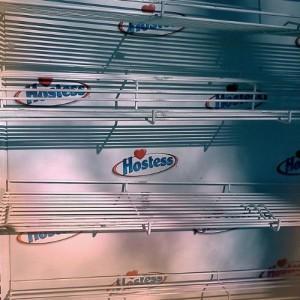 The economy, while slowly seeming to improve, is still taking its toll on many people in America, from corporate businesses to individuals alike. Bankruptcies are still at an all-time high and they affect companies and people from every economic stratum. There have been some surprising and quite large bankruptcies during the year 2012, what follows are a brief rundown of some of the biggest or most memorable. Consumer bankruptcies still account for the majority of bankruptcies filed, but corporate bankruptcies are what seem to really capture the public interest.

While there has been an overall decline in the number of bankruptcies, both corporate and individual, in the year 2012, the economy is still far from stable and the numbers of filed bankruptcies are still much higher than what is sustainable for a healthy economy.   The year 2012 has seen countless businesses go under, including the loss of an American icon.

For generations, many Americans have lived and died with the Hostess Cupcake, Twinkie, or other delicious baked confections. Suffering from financial issues and with a workforce on strike, Hostess closed its doors and ended an era for many Americans. Hostess cited a striking Union work force with crippling demands as the ultimate reason for the filing of bankruptcy and closure of the business. The demands being made, executives claimed, were more than the business, already in trouble, could absorb. However, many point to highly inflated rates of executive pay during these times of financial strife as proof that this is not really the case, so the real reason is likely multi-tiered.

The city of Stockton, California filed for bankruptcy in June of this year, making it the largest city in the nation to file for bankruptcy. At the time of the filing, the city government cited having a mere $150,000 in the proverbial coffers. While not the first large city to file for bankruptcy as a means to get the city back on some sort of financial level, it is the biggest to-date that has filed.

Suzuki, known mostly for their marine vehicles and motorcycles, branched out into personal vehicles a number of years ago. The company filed for bankruptcy this year and is undergoing a significant restructuring of the company. The company is eliminating the personal vehicle element of their company to focus on motorcycles and marine vehicles. Financial distress and lack of market share are what have led to this need to file and restructure.

Nobody is safe from financial turmoil, whether an individual, corporation or even a city. The top filings of 2012 just go to show the variety of entities that are significantly affected by the current economic climate of uncertainty and instability. While the total number of bankruptcies is down from years past, it is still quite high and many individuals, corporations and even cities are still at the edge of insolvency. The loss of an American icon, the financial turmoil facing many cities and the financial duress many families are under will likely continue to affect our economy for years to come.